A Mozilla Awareness Day was organized at COEP during its annual MindSpark Festival. The main motive behind organizing this event was to initiate Mozilla presence in the campus and awareness about Firefox in Marathi.

The session started with Ankit speaking about Mozilla and Mozilla Mission. Ankit also spoke about the various foundation ideas behind idea and Mozilla's continuous efforts for making the web open and easily accessible.

Ankit's session was followed by Contribution opportunities in Mozilla which was taken up by me. My talk was basically aimed at making people aware about the various fields in which they can contribute. 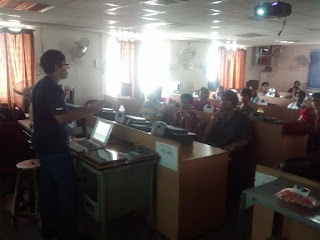 Siddharth Rao was quick in explaining the Privacy and Security aspects over the internet. He and Ankit demonstrated tools like Lightbeam and Firefox helps to make web browsing secure.

Chandrakant Dhutadmal, who is one of the lead contributors in Marathi Localization, talked about the Localization field in detail. He was able to grasp the attention of the audience with the help of some wonderful examples. He also showcased the Marathi version of Firefox and asked the audience to download and use the same. The unaware audience was very excited after using Marathi version of Firefox and showed their willingness in contributions towards Localization. 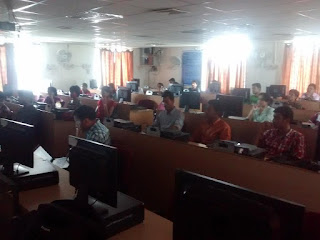 Posted by Prathamesh Chavan at 23:03